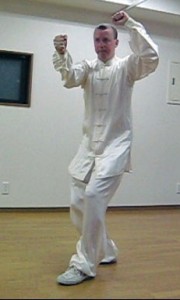 Xingyiquan is one of the major internal Chinese Martial Art styles. The name translates approximately to “Form Intention Fist” and is characterized by aggressive, linear movements with explosive power. A practitioner of xingyiquan uses coordinated movements with the intent of the mind to generate bursts of power which result in techniques that are neither specifically categorized as blocking or striking. Therefore simultaneous attacking and defending can occur.

The White Orchid School teaches Hebei and Shanxi styles of xingyiquan, each of which includes barehanded forms and techniques and a variety of weapons forms. These forms are based upon the martial applications of the 5 elements as represented in Chinese philosophy and on the movements and fighting behavior of a variety of animals.